NIOSH's role in EEOICPA is to do the workers' Dose Reconstructions through the Division of Compensation Analysis and Support (DCAS).

DCAS also receives and evaluates Special Exposure Cohort (SEC) petitions, determines if the petitions meet the minimum requirements for review and evaluation and provides a report on the petition evaluation to the petitioner and Board on Radiation and Worker Health.  The Board then makes recommendations on whether the SEC is to be added or not to the Secretary of HHS.

Advisory Board on Radiation and Worker Health

Denise Brock is the NIOSH Ombudsman.  Ms Brock assists individuals with issues on the SEC petition process as well as the dose 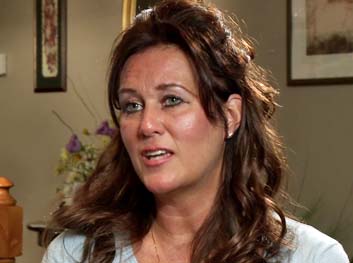 reconstruction process.  Ms. Brock has been an outspoken and effective advocate for workers for many years. She is the daughter of former uranium workers from the Mallinckrodt Chemical Plant in St. Louis, Missouri. She has extensive experience and expertise in preparing and filing SEC petitions  and filed the first SEC petition which led to workers at the Mallinckrodt Chemical Plant being  the first class of workers added to the SEC.  Ms Brock has acted as not only a worker advocate but was asked to testify before the Judiciary Committee on Immigration, Border Security and Claims, U.S. House of Representatives, Hearing on Implementation of The Act in an effort to bring forward ideas to help change the program to better serve the needs of the workers.

You may contact Ms. Brock by email at CKO7@cdc.gov. 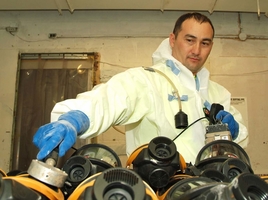 (DEEOIC), if one of the illnesses claimed is a cancer, DEEOIC sends the claim to NIOSH for a dose reconstruction.  NIOSH, using information from the claimant, DEEOIC, DOE work records, Site Profiles, Technical Basis Documents, and Technical Information Bulletins, then estimates the  amount of radiation the worker was exposed to and comes up with a percentage of probability (Probability of Causation-PC) that the worker's radiation exposure at the DOE facility caused the cancer. For NIOSH to recommend that a claim to be accepted the PC must be 50% or higher. The dose estimate is then returned to DEEOIC for the final determination. 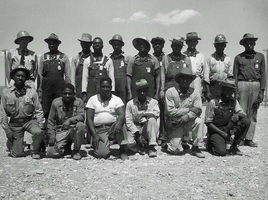 When NIOSH is unable to feasibly estimate the amount of radiation a DOE employee was exposed to and there is a reasonable likelihood that the radiation may have harmed the workers health a Special Exposure Cohort (SEC) is established.  This means that if a worker has worked at least 250 days at a covered DOE facility and has one of 22 specified cancers the process for claim approval is streamlined under Part B. 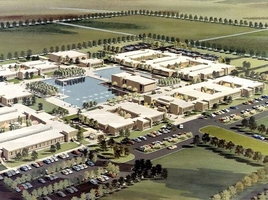 Cohorts (SEC).  If the worker’s personal radiation information from DOE is incomplete, NIOSH will use other sources to estimate the radiation dose. This may involve using technical documents called Site Profiles, Technical Basis Documents, and Technical Information Bulletins.  Program Evaluation Report (PER) detail the effect, if any, of the new information on the completed dose reconstruction. The Advisory Board on Radiation and Worker Health also forms Work Groups to investigate issues concerning dose reconstruction or SECs. 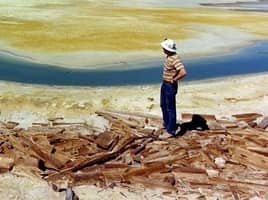 NIOSH is required to provide Congress with reports on NIOSH's ability to obtain the information necessary to complete radiation dose reconstructions,  NIOSH has also done additional reports, including one which recommended that basal cell carcinoma be added to the list of 22 covered cancers, reports on SEC petition status, and residual radioactive and beryllium contamination at facilities. 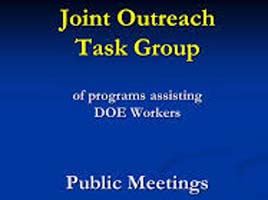 Occupational Safety and Health (NIOSH), the Offices of the Ombudsman for DOL and NIOSH, and the DOE-funded Former Worker Program (FWP) projects. The JOTG was established in 2009 under the premise that agencies/programs with common goals can work together by combining resources and coordinating outreach efforts. Each involved agency has a different mission, but the missions are complementary. By working together, the agencies are better able to serve the DOE workforce.

JOTG developed a series of seven videos to help the public learn more about the roles of the various federal agencies involved in EEOICPA.